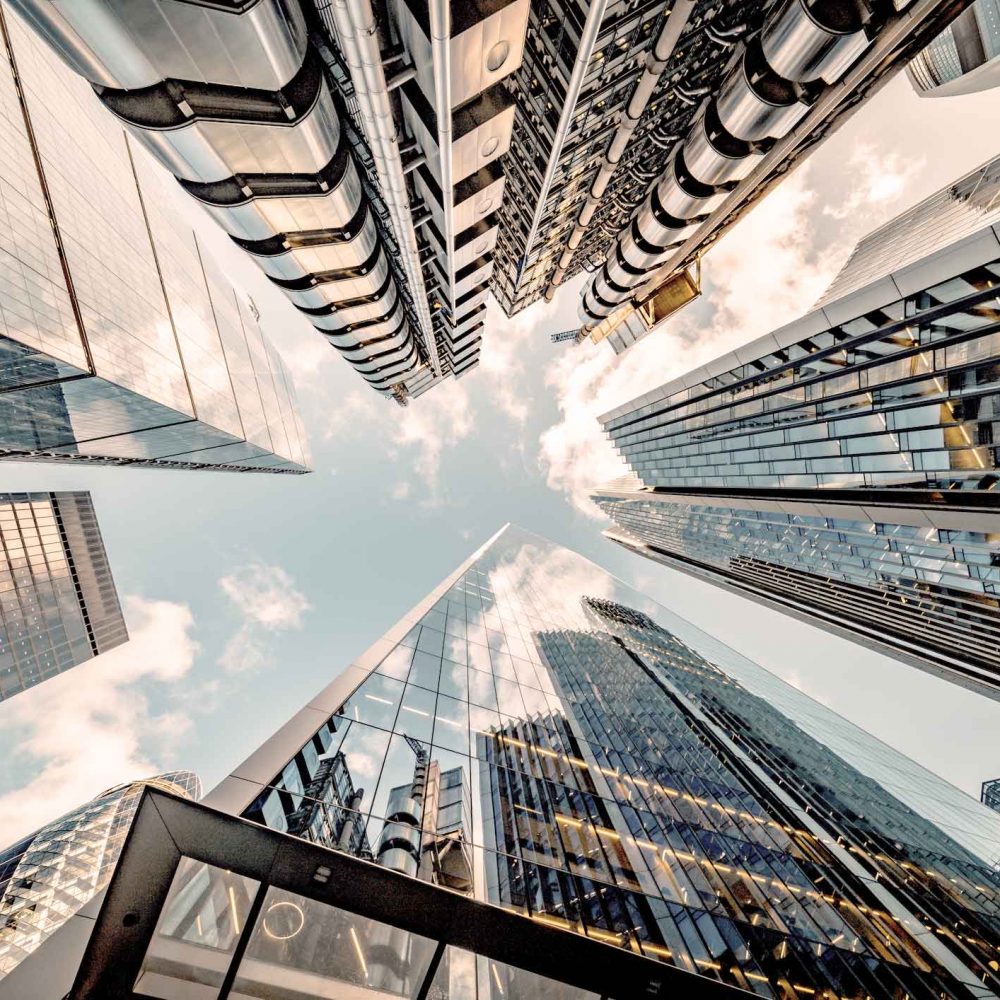 While access to affordable and decent housing is becoming increasingly difficult, the speculative exploitation of residential property is on the rise. Instead of it being treated as a basic social good and a fundamental right, housing is increasingly becoming a commodity, an investment product and a vehicle for speculation and enrichment.

Cities for Rent
How real estate profiteers are attacking Greek and European housing.

Cities for Rent
How real estate profiteers are attacking Greek and European housing.

Α. Housing as a commodity

In recent years, in Greece and the rest of Europe, large-scale investments in residential real estate show a significant upward trend. Buying a home for owner-occupation is becoming increasingly difficult for an ever wider range of the population, while there is an increase in purchases of residential properties for exploitation by large individual buyers and real estate companies, the real estate speculators.

The developments described above constitute a process of increasing commercialisation of housing: instead of it being considered as a basic social good and a fundamental right, housing is increasingly becoming a commodity, an investment product and a vehicle for speculation and enrichment. The production of housing, access to it as well as its management are all increasingly dependent on bank capital (bank loans, real estate banking companies’ activity etc.), a process described as the financialisation of housing.

In Greece, expectations and real opportunities for large speculative investments in residential real estate are constantly increasing: the Golden Visa programme, liberalisation of auctions, bank loans, institutional and urban planning incentives and concessions (such as those for the development of the former airport at Elliniko), announcements and implementation of large urban redevelopments etc. The significant drop in the price index of residential real estate from 2009 onwards and throughout the economic crisis (a trend that is starting to reverse of course) is consistently presented as an opportunity and attracts the interest of investors.

After a long period of stagnation in constructions due to the crisis, residential property developers are also becoming active again, with the new trend in Greece being the involvement of large developers and investment groups in construction related activities, whereas in previous decades small and medium-sized contractors and developers were the ones who dominated the field. In the case of the Attica region, there is talk of a construction boom, especially in its southern and northern suburbs. Who exactly is involved in the construction of residential property today? Who will buy the newly built properties and how will they use them? And who is investing in the acquisition, renovation and management of the existing housing stock?

B. “Golden” investments in residential properties

Scientific studies that manage to gather and disclose specific data on small to large investments in residential real estate in Greece or in specific regions of the country are scarce. The results of a relevant scientific survey are published in the Athens Social Atlas.

The research focuses on the Exarchia area and the real estate purchases made there between 2009 and 2018. Approximately 60% of the purchases concern residential properties and were made by Greek and foreign individuals (primarily from Israel, China and Cyprus) and legal entities. There is a significant number of individuals who purchased more than 5 properties, reaching up to 32, as well as a considerable number of legal entities who purchased multiple properties, totalling up to 73.

Only a few of the major investment deals that show an increasing investment interest strongly oriented (probably for the first time) towards residential real estate, become known through relevant news reports. Said investment moves are carried out by companies of both Greek and foreign interests and mainly involve the purchase of a large number of individual residential properties for further development, as well as buying selected plots of land and constructing residential complexes, usually luxury residences.

At the same time, investments have already been made in the development of individual buildings to be used as serviced apartments or student accommodation. Finally, acknowledging the increasing difficulty for households to rent or buy affordable housing, investment companies are building up a portfolio of residential properties to be used as affordable rentals or as rent to buy units.

The growing interest in residential real estate investments by major players was highlighted as a new trend at the recent Prodexpo conference on the development of the Greek real estate market. It was strongly argued that the Greek real estate market is now on the rise, after a long period that was characterised by stagnation or even decline, and that housing will be the “future star player”. Also, for the first time, there appears to be interest from major players in investing in the development of the “social” property sector (student residence and nursing homes).

The Golden Visa programme 1 has been a key vehicle for attracting investment in real estate (residential and other) in recent years. By the end of January 2022, 9,619 “golden” residence permits were granted in Greece to real estate investor-buyers (or 28,733 if one includes their family members). Among them, the vast majority are Chinese nationals (6,391 permits), followed at a considerable margin by Turks (619 permits) and Russians (599 permits).

The first “golden” residence permits that were granted in 2014, amounted to a total of just 359 but that number increased drastically in the following years, reaching 9,610 in the year 2021. Based on data from the beginning of June 2019, 40.84% of all “golden” residence permits were issued in the Athens area and 23.56% in Piraeus, while smaller cities are also entering the investors’ radar. A good example would be Chania, where 162 permits were granted.

Additional opportunities for investment in residential real estate are created by the (nowadays online) auctions of foreclosed residential properties, which were fully liberalised for all categories of “non-performing borrowers” in 2021.

According to data processed by iMEdD Lab, in the whole of Greece, from 1st January 2018 to 5th December 2021, more than 47,200 electronic auctions have been completed. It is estimated that 84.2% of the completed auctions have been expedited by banks or companies linked to bank portfolios. It is also estimated that 36.7% of completed auctions concern residential properties, primarily in the Municipality of Athens and secondarily in that of Thessaloniki. (εσωτερικό link με θεματική για ιδιοκατοίκηση).

C. Buttering up the investors

The dominant political discourse on investment, political promises made to aspiring investors and specific developments all aim at and contribute to the creation of a favourable climate for investment as well as increased investment expectations. An indicative example would be is the political announcements and/or the implementation of major urban redevelopments that include or are expected to indirectly attract significant investment (also) in residential properties, such as the redevelopment of the former airport in Elliniko, the redevelopment of Faliro Bay and the plan to create a government park at the former PYRKAL premises in the Municipality of Imitos.

More characteristic examples are several institutional developments that create ever increasing opportunities for investment in residential real estate as well as housing commercialisation, such as the institutional framework for the granting of “golden” residence permits and the framework that led to the liberalisation of auctions.

News reports indicate that a new institutional framework is currently being drafted for the notorious Real Estate Investment Companies (REITs), aiming to broaden the scope of their activities. More specifically, the plan is to allow REITs to operate at the same time as development companies, hotel operators, servicers, solar and wind farm developers, as well as residential property managers – that is a wide range of activities that are currently carried out by different ‘sectoral’ entities and, of course, with different levels of tax relief.

The new (projected) possibilities for REITs give them a significant foot in the door of investment activity around (residential) real estate, an activity in which they are likely to develop an interest, thus adding an additional “big player” to the housing market.

As the interest in large investments in residential real estate is growing while at the same time the difficulty in accessing affordable (rented and owned) housing is constantly increasing for an ever broader spectrum of social groups, there is an urgent need to put a halt to the commercialisation of housing and to the opportunities that are constantly opening up for speculation on real estate, like, for example, through the Golden Visa programme. An encouraging development is the fact that Members of the European Parliament are calling for the control and restriction or even banning of “Golden Passports” that raise multiple ethical, legal, economic and other issues.

Alongside the halt that should be put on the various types of institutional facilitation of housing commercialisation, there is an urgent need for a comprehensive and decisive protection of the right to housing, through a number of possible interventions and tools such as, indicatively, the institutional protection of primary residence, the containment of rents, the subsidisation of rental housing, the production and allocation of social housing, the regulation of the short-term rental market, etc.

Relevant measures reportedly being considered at a central and local level (for the rent price containment or the creation of social housing in Athens) are not just unconvincing (and in any case, for the time being, they have not been implemented), but furthermore, and in a contradictory and alarming way, they are hostile and dismissive of the role that the state ( rather than private individuals) could play in protecting the right to housing.