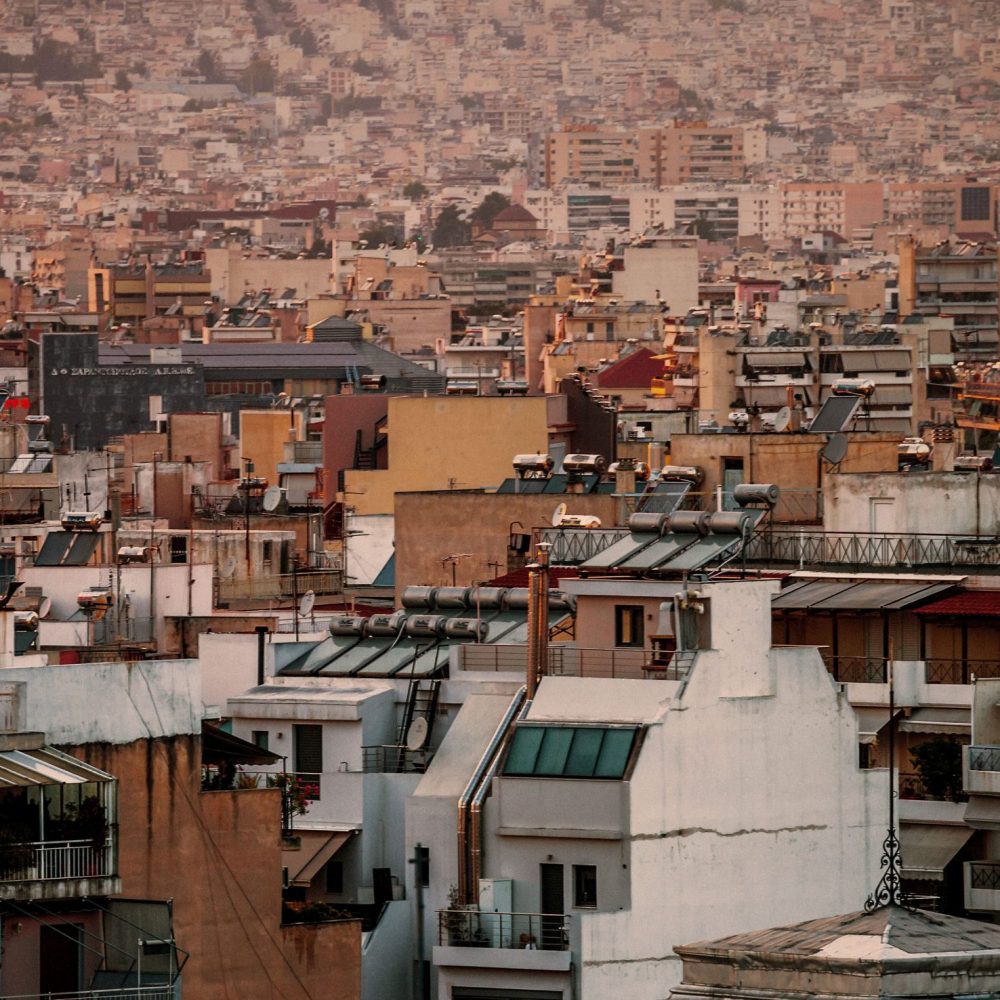 The disproportionate increase in rent prices with respect to incomes and the increasing difficulties that tenants face in accessing stable, decent and affordable housing is now recognised as one of the most pressing social issues of our time. The causes of this phenomenon are complex and involve both conjunctural as well as structural factors.

Map of best practices in Europe

The issue of rising rents, combined with the overall increase in housing costs and the cost of living, is now one of the biggest concerns for citizens, and especially for young people. 1

Access to rental housing is becoming increasingly difficult as rental prices are very high in relation to incomes and salaries, with a continuously increasing tendency in the past few years. Especially for people who are living on the minimum wage and low-income households, the rent to income ratio is prohibitive. 2

Also, the increasing difficulties in accessing home ownership and the limitation of families’ ability to support their younger members increase the importance of the rental sector for younger generations, immigrants and, more broadly, for those who do not own a house or have no possibility to use a family asset.

The excessive increase in rents is not just a Greek problem. Across Europe, there has been a significant increase in purchase and rental prices since 2010. The decrease in housing production during the recession, but also mainly the increase in speculative investments in real estate, housing financialisation and pressures from the touristic use of the housing stock are regarded as the main reasons.

The problem is particularly acute in the Municipality of Athens and the large urban centres, in areas with increased tourist traffic, but also in smaller cities with students or a population of seasonal and temporary workers who are forced to move for work reasons (e.g. substitute teachers, etc.).

Looking for a house to rent has become a nightmare, and often the available houses are in very poor condition, without heating, with humidity, and other problems that make them almost uninhabitable.

B. 79.2% of the people are overburdened by housing costs

In Greece, 20% of the households live in rental housing (EUSILC 2019), a rate that’s only slightly lower than the European average of 22.2%.3

There are significantly more people living on the rent in urban centres. More specifically, in the Municipality of Athens, according to the latest census data (Hellenic Statistical Authority ELSTAT 2011), 38% of households were renting, while in some areas the percentage reaches even 50%. The situation is similar in the rest of the country’s large municipalities.

The rental sector is associated with high rates of insecurity, as it houses a large share of vulnerable and financially disadvantaged groups. The risk of poverty is higher in the rental sector. According to ELSTAT, 18.5% of households living in rented accommodation are at risk of poverty, compared to 17.4% in owner-occupied housing.

A large proportion of rental housing is concentrated in areas with the oldest housing stock, with the most need for maintenance, energy and infrastructure renovation. A significant gap in monitoring the rental sector and understanding the difficulties that tenants are facing is the lack of data on households in crisis (those who are occasionally or consistently unable to make rent payments), as well as on eviction proceedings that are ongoing or have been finalised due to debts.6

According to data from real estate agencies and ads, in recent years there has been an increase of 30% to 50% in some areas of Athens (Graph 5a) as well as in a number of municipalities in the Attica region (Graph 5b). Similar increases have been recorded in Thessaloniki, and to a lesser extent in other urban centres. 8

In the Athens city centre, where we’ve seen the largest increases, rental prices have risen by 20%-30% on average over the last three years, while in areas further away from the centre, the corresponding increase is estimated to have been in the region of 10%-15%.

In another survey conducted by the same company, it was estimated that approximately ⅔ of the properties in the city centre of Athens are rented for more than 600 euros per month, while the majority of the more affordable properties were built before 1980.

The increase in rents is attributed to a number of factors, which have to do with both the current conjuncture (such as the touristification of the housing stock and the pandemic) as well as with long-term/structural factors (e.g. broader changes in the economy and the production model, significant changes in the ownership structure of residential property due to the increase in investment in the housing market).

When it comes to Greece, the main reasons for the spike in rental costs are:

The increasing difficulties in accessing affordable housing are also directly related to the state’s long-standing failure to produce a stable policy for access to rental housing and tenant protection. Despite European recommendations for tenure neutrality, when it comes to protection and public expenditure, there is a clear priority towards supporting home ownership through direct and indirect benefits.

The supply and availability of rental housing is largely based on the investment strategies of small landlords and this specific sector remains poorly monitored, regulated or controlled. At the same time, policies for the supply of affordable rental housing (social, non-profit, cooperative) are completely absent.

Map of best practices in Europe

The increase in rents across Europe has fuelled the debate on the need for public intervention. Recently the European Parliament adopted a report on decent and affordable housing and is moving forward with a directive and measures. The issue was also addressed by the World Bank in a recent study.

European organisations for the right to housing propose the regulation of the private rental housing market (FEANTSA 2021) and the development of an “Ethical Rental Sector”(FEANTSA 2018), the need to regulate short-term rentals, but also to limit the commercial exploitation of the housing stock by big investors.

Thanks to this particular context, there has been a rekindling of the debate regarding the need to regulate rents (rent control, rent cap) through legislative interventions9. The rampant surge in costs has led to efforts for new institutional interventions, such as the restrictions imposed on rent increases in the 2020 Catalan regional law (a measure that was incorporated in the Spanish housing law in 2021) or the reintroduction of revaluation controls in Berlin. Both attempts were met with strong reactions, and unfortunately were both overturned by the constitutional courts of their respective countries, causing once again uncertainty for tenants and a new wave of revaluations.

Discussions on that direction haven’t developed to such an extent in Greece. Still, the housing crisis issue is becoming increasingly present in the public dialogue sphere as well as in the media.

Unlike other European countries, in Greece, there haven’t been any strong trade unions or tenants’ associations historically, and therefore there aren’t any strong movements or demands regarding this particular issue. The Panhellenic Renters’ Protection Association (PASYPE) has a limited intervention capacity, while in Athens the issue has recently been brought to the fore by citizens’ movements (e.g. Unreal estate).

The exacerbation of housing difficulties has also stirred up the political debate, with subsequent announcements concerning the government’s intention to adopt measures and proposals on behalf of the opposition. The proposals mainly concern the reactivation of schemes similar to those of the Greek Workers’ Housing Organisation (OEK), the development of a social rental housing sector and rent subsidies.

Proposals are also submitted by local authorities, and more specifically, there have been efforts made by the Municipality of Thessaloniki in order to create a housing agency that would operate along the lines of social rental companies.