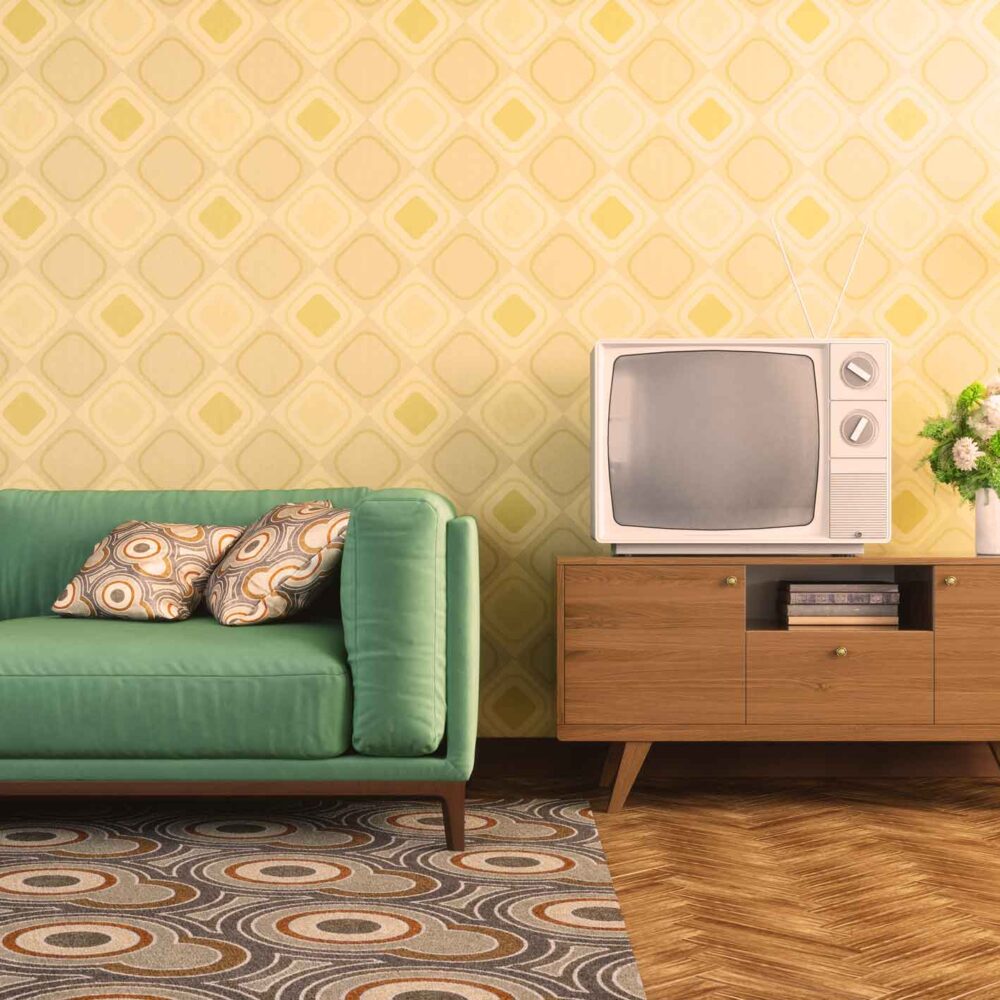 Home ownership in Greece has been a socially widespread family practice. However, in the recession years, the dramatic increase of housing costs has turned the “roof over our heads” into an unbearable burden.

A. The end of home ownership as we know it

In Greece, the acquisition of privately owned housing, in the absence of public social housing policies, has been a socially widespread family practice, a strategy of intergenerational support and solidarity, with the most common practices being arbitrary building (with the state usually turning a blind eye), land-for-flats (the infamous “antiparochi”), building an extra floor or two over existing constructions and investing family budgets and savings in real estate, sometimes with the help of (housing) bank loans.1

During the recession years, the overtaxation of housing and the unbearable increase in housing costs, combined with the dramatic decrease in wages and pensions and the soaring unemployment rate, have transformed privately owned housing from a valuable asset to a burden.2

The over-indebtedness of homeowners – whether they have a mortgage or not – has skyrocketed, to the detriment of their quality of life, and despite the relatively low percentage of homeowners that are paying for a mortgage, the soaring rate of non-performing loans and the resulting foreclosures threaten thousands of households with the loss of their primary residence.

In recent years, the housing market in Greece has been promoted as an “investment opportunity” mainly for foreign buyers and new business players, thus limiting the options available to permanent residents.

At the same time, the ability of young households to buy a house has been significantly reduced, because they find it increasingly difficult to save, they don’t have access to credit and mortgages, plus, there is a dramatic mismatch between wages and house prices, etc.

Such trends are shaping new conditions in the housing market and raise serious concerns regarding the future of home ownership in Greece.3 Will owners be able to maintain their primary residence given the increased housing costs and reduced economic resources? What difficulties and opportunities are emerging for the younger generations? How will the relationship between the preference (and capacity) to buy a house on the one hand and to rent on the other hand be shaped in the future?

The main characteristics of home ownership

Greece is a European country with consistently high rates of home ownership. According to the most recent data available from Eurostat, in 2020 74.6% of the Greek population lived in a property they owned, while another 5.4% lived in a house that belonged to their family or relatives.4

The percentage of homeowners who have taken on a mortgage in Greece is 11.7%, which is significantly lower than the European average of 26.4%.5

A significant trait of home ownership in Greece is the large social dispersion of ownership. In Greece, the percentage of poor households that own their own property is 71.5%, while the European average is 51.2%.

Household over-indebtedness has been accompanied by a significant deterioration in living conditions, an increase in stress levels and health problems, as well as a rise in the number of evictions and the risk of losing the primary (often only) residence.

The risk of losing one’ s primary residence was prevented during the first years of the crisis by the “Katseli Law” for over-indebted households, which was introduced in 2010. The law provided some basic options for the settlement of non-performing loans (NPLs) and excluded the primary residence of the non-performing borrower from the list of his/her assets that could be liquidated.7

Auctions of foreclosed properties were fully liberalised for all categories of borrowers in 2021, while the institutionalisation of online auctions in 2017 also limited the possibilities for social movements that oppose foreclosures to protest such practices and intervene directly.

At the same time, time was gained on the part of the banking system for the development of the secondary market for loans 8 and the setting up of their own property management companies.

It is estimated that 83,4% of completed auctions have been sped up by banks or by companies that are linked to bank portfolios. Out of auctions carried out with the involvement of banks, 75,5% were against individuals. 8.091 auctions have already been scheduled to happen from September 1, 2022 to March 31, 2023. 9

In a sample of 83,989 foreclosure auctions, 36.7% were residential properties. In a sample of 30,810 foreclosed homes, most of them were located in the Municipality of Athens (3,578) with the Municipality of Thessaloniki coming in second place with 1,317 properties. According to the investigative journalism group Reporters United, and based on data drawn from the official online auctions website, in the Municipality of Athens 2,296 auctions were recorded between 24 September 2018 and 13 January 2021, with the average price for auctioned houses amounting to 62,000 euro.

The gradual liberalisation of the framework was completed with the new “Bankruptcy Law” or otherwise known as the “Debt Settlement and Second Chance Provision”. The new law succumbs to the pressure exercised by creditors, as well as the domestic banking system, to extend bankruptcy to individuals and speed up the liquidation of non-performing loans. It provides for the complete lifting of the protection of the primary residence, blocking access to one’s income and the liquidation of all assets belonging to “non-performing borrowers”.

The framework provides for the creation of a new “Acquisition and Re-letting Agency” which will provide “vulnerable households” with a “second chance”, but only under very restrictive criteria. The scheme provides for the liquidation of all their assets and the transfer of their primary residence to the new Agency, giving the ex-homeowners the right to remain in their property as tenants, paying a subsidised rent for 12 years. After the 12 years, if they can afford to, they will be able to regain ownership of the property by paying a repurchase price corresponding to the then market value of the property.

Price increases in the housing market

According to Bank of Greece data for the third quarter of 2021, residential property prices in the country as a whole recorded an annual increase of 7.9%. The area with the highest increase rate is Athens, with a 9.8% rate of change in apartment prices in the third quarter of 2021, followed by Thessaloniki with 8.7%, other major cities with 5.9% and the rest of the country with 5.7%.

Prices also increased in 2020, despite the economy “freeze” due to the pandemic, with a lower but still significant average rate of 4.5%. In fact, older apartments recorded higher growth rates than newly built ones (flats that are less than 5 years old, which start from a higher price index, though).

Although, according to official data from the Bank of Greece, house prices have not yet reached those of the heyday of the real estate market (2006-2007), still the rapid increase in prices that took place in recent years is disproportionate to the households’ salaries and disposable income.10

C. Conditions for acquiring (and maintaining) owner-occupied housing are unfavourable

Significant changes in housing production and acquisition patterns that have been taking place since the mid-1990s (e.g. joining the euro area, the mortgage market liberalisation, the construction boom and the price increase) have affected access to home ownership, which is becoming increasingly unequal11.

The pattern of access to home ownership that used to be dominant during the past decades, was destabilised during the recession, 12 due to shrinking incomes, increased difficulties in accessing bank loans as well as the households’ reduced ability to save any money given their reduced salaries. Examples of obstacles include the need for increased equity, the risk of interest rate fluctuations and income insecurity.

After more than ten years of ongoing crisis, with residential property prices rising alarmingly and housing costs becoming overwhelming for more and more households, the chances of maintaining property that has already been acquired (mainly the primary residence) and, even more so, the possibility of acquiring new owner-occupied housing seems to be an unlikely possibility for both older and, even more so, younger generations. In the future, the home ownership rate is likely to decrease even further, given the significant and escalating increase in house prices both in a local as well as in an international level, combined with the impoverishment of households.

D. Protection of the primary residence and small-scale ownership

More than ever before, there is now an urgent need to protect primary home ownership on socially just terms, through comprehensive public housing policies. In this context, it is also important to safeguard the social spread of home ownership so it can still be an option for all types of household incomes and to protect micro-ownership by restricting processes leading to the accumulation and speculative exploitation of housing.

Although at a European level priority is given to the development of social, nonprofit and cooperative housing as a response to the housing crisis, policies need to be developed that will allow access to affordable primary home ownership, with social criteria, in the context of a comprehensive social housing policy (e.g. offering favourable loan and guarantee conditions, tax exemptions, etc.).

The issue has also emerged in Greece, as opinions are being expressed and government plans are underway to reactivate a public policy that would support young households wanting to buy their first home.

Caution is required in order to ensure that the extension of credit does not trigger a new cycle of speculation and rising house prices that may lead to unsustainable borrowing and unsustainable over-indebtedness for households.

The housing sector should be protected from financialisation and aggressive speculative investments,13 promoting housing as a right and not as a means to achieve more profit, by formulating the appropriate institutional framework and tools to safeguard this right.