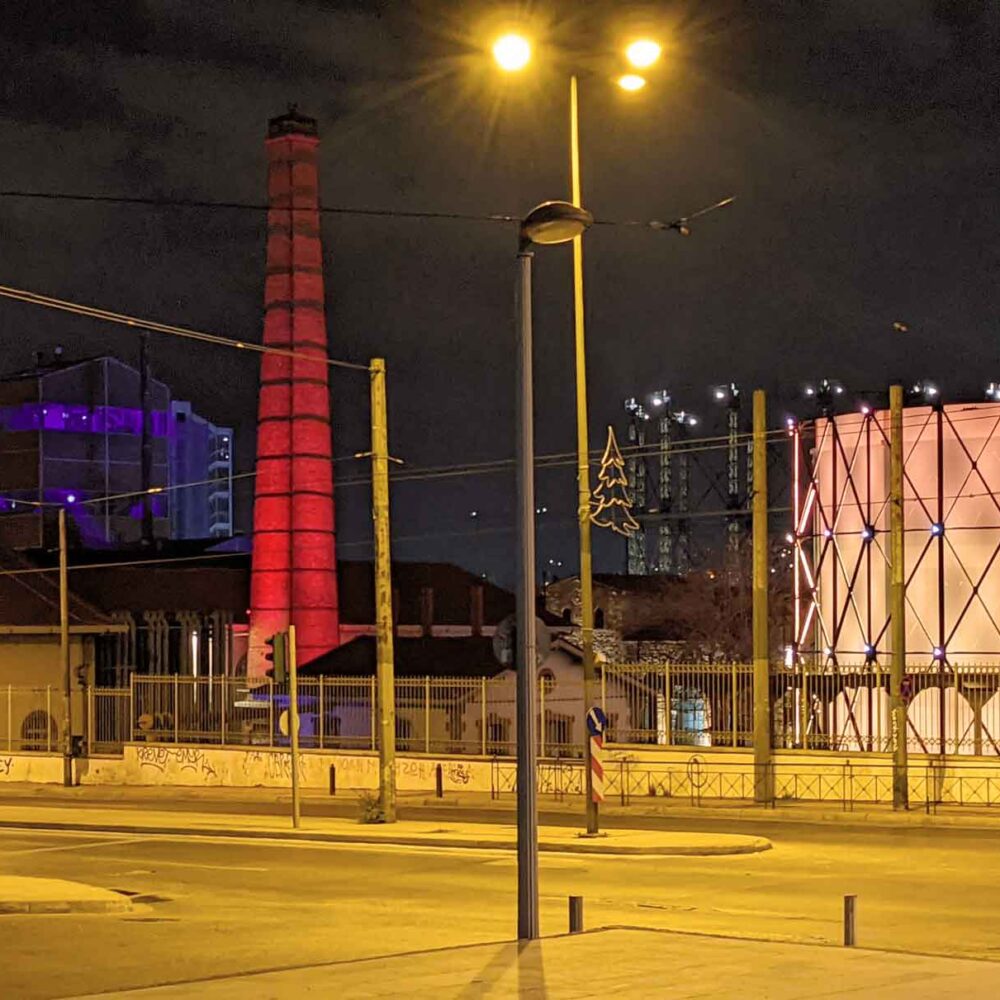 Even though urban interventions can have a significant impact on affordable housing availability, in Greece, urban planning practices are fragmentary and focus mainly on the aesthetic upgrading of urban space.

A. Who plans major urban interventions and who benefits from them?

During the decade-long economic and housing crisis, a large part of Athens’ neighbourhoods sank into poverty, while their infrastructure, services and public spaces were neglected and degraded.

In recent years, a series of “major” projects and interventions in urban areas have been designed and implemented, at a time when inequalities in terms of access to housing have become increasingly acute. However, while these interventions can often affect housing and renting costs critically, thereby displacing low-income residents from their neighbourhoods, there is rarely any relevant anticipation or connection between the interventions’ impact and the issue of access to housing at a planning and policy level.

The above mentioned developments raise crucial questions: Who benefits from major interventions taking place in Athens? Who designs and implements said interventions? How and to what extent do they address the existing issues that the majority of residents face on a daily basis? The questions above, highlight once again and put up for discussion the key characteristic traits of Athens’ urban development, as well as the shortcomings and the necessity for an urban planning guided by social justice.

During the COVID-19 pandemic and the successive curfews that were imposed, a number of inequalities were highlighted with regards not only to housing (housing conditions, housing insecurity, housing overcrowding etc.) but also to the urban space as a whole in terms of, for example, the quality of public spaces, access to services, public transport, not just in the city centre but also in the rest of the city’s neighbourhoods.

B. Absence of a social impact assessment plan regarding scheduled or implemented urban planning interventions

A more recent study on behalf of LSE’s Hellenic Observatory, introduces a multiple deprivation index that could track areas of urban vulnerability and monitor the impact of urban planning interventions and transformations on those areas.

Although the scientific community has suggested a set of appropriate tools, urban regeneration policies in Athens have over the years been characterised by fragmentation and selectivity, and more importantly, they have not taken into account the link that may exist between them and a number of housing issues.1 However, it is a fact that they have a direct upward impact on real estate and rental prices, which has reinforced – more or less visible – trends of gentrification and displacement of parts of the population.

The long-standing lack of coherent housing policies in Greece is also directly related to the absence of comprehensive policies for each individual neighbourhood/community.

Since 2009, a series of laws have been enacted that were directly or indirectly related to the economic crisis and the effort to attract investments. Through these laws, the State stressed the major national importance of getting the country back on its feet and began to amend planning and zoning legislation. The aim was to move towards a “new pattern of residential and business development”. Urban and spatial planning was targeted as outdated, inflexible and anti-developmental. Gradually, we see the shift from an overall comprehensive planning to a case-by-case, point-based and flexible planning that can meet the needs of potential investments.

A series of urban planning tools that are being developed (such as the Special Spatial Development Plans for Public Real Estate and the Special Plans for the Spatial Development of Strategic Investments etc.) are indicative examples of the practice described above, along with the abolition of the Organisation of Planning and Environmental Protection of Athens (ORSA) and the assignment of its responsibilities to the Directorate of Spatial Planning of the General Secretariat of Spatial Planning and Urban Environment of the Ministry of Environment and Energy (YPEN). Authority and responsibility for planning in the Athens metropolitan area is broken down to several parts and is assigned on a case-by-case basis to thematic ministries (e.g. the Ministries of Tourism, Development, Finance) or other interested/involved bodies, such as the Hellenic Republic Asset Development Fund (TAIPED), private companies and foundations, and, more recently, in the cases of Tatoi, the coastal front, OAKA stadium and PYRKAL, where planning was undertaken by private consulting firms of interested investment funds.

The Regulatory Plan of Athens (RPA), despite its selective implementation, has been the reference for the planning and future development of the Athens metropolitan area. Recently, the Municipality of Athens announced that it is launching a tender for a new revision of the capital’s regulatory framework stretching until 2030. A revision that apparently seeks mainly to accommodate new investments that do not comply with the existing framework, as the last revision was done in 2014, and already incorporates guidelines for most of the issues that the current leadership of the Ministry of Environment and Natural Resources is appealing to.

The emphasis on embellishing the city centre and attracting new residents (and investors) is also reflected in plans that were developed during the period of the multifaceted crisis and were also linked to the prevalence of a dominant discourse on the “Athens city centre crisis”.2 Some indicative examples are the following:

C. An urban development in serious lack of planning

There has been extensive academic research on the residential, urban and town planning development of Athens. Historically, the production mechanisms of housing stock in Greece and especially in Athens (with arbitrary building, the excessive land-for-flats practice, the fragmented and socially diffused property ownership and the absence of coherent housing social policies) have been evolving alongside the absence of a central and long-term urban planning design, with the latter often following the city’s expansion. 4

This kind of urban development of the city, on the one hand, created numerous problems (e.g. dense building, lack of urban infrastructure, insufficient public spaces per neighbourhood, etc.) but, at the same time, it also had some positive aspects that are still relevant today: it created multifunctional and lively neighbourhoods, with a mixture of land uses and activities, and led to housing of different social groups, thus avoiding the intense social-spatial segregation that prevailed in other cities around the world. 5

Those aspects are also linked to the relative “resistance” that Athens has shown (at least until recently) to gentrification trends, in comparison to the ways in which such trends have evolved and affected other cities internationally. 6

Such examples of urban interventions, implemented at a time of housing restructuring, can exacerbate problems of access to housing, even if their effects do not seem to be directly related to it.

Although, according to the relevant public bodies’ recent announcements, urban planning projects and interventions are seeking ways to “bring the residents back” to the city centre, on the one hand they seem to disregard the fact that the city centre is still inhabited by numerous residents, and on the other hand they don’t take into account a reality that traces the causes of former residents’ displacement to some of the already implemented policies.

The above mentioned plans and the ways of their implementation, especially those concerning the city centre, gradually bring about its transformation from a multifunctional and socially diverse city centre to a monofunctional, thematic and socially homogenised centre for tourism and recreation only. 7

Some of the characteristic traits that Athens has that until recently stood in the way of gentrification processes, as implemented in cities abroad, may now be under threat: By touristification trends that are underway and are already displacing residents from their neighbourhoods, by the commercialisation and financialisation of the housing stock and the aggressive investment capital activity in the city, and by the current prevailing of interventions that prioritise the attraction of investment and visitors (e.g. tourists, silver tourism, digital nomads, etc.) with an almost complete disregard for the needs of everyday life and the issues that current residents have to face. Such processes intensify existing inequalities and exclusions, not only in the field of housing but also on an overall city level.

Today, in the context of the lack of housing policies, housing insecurity, rapidly increasing renting costs, the emergence of new “players” in the market, and touristification trends, it is obvious that interventions in urban space still do not address their impact on issues of access to housing and at the same time are mainly limited to projects aimed at a (debatable) aesthetic upgrading of the city as well as the reinforcement of specific activities and sectors (e.g. tourism, leisure), following the neoliberal shift in spatial policies that has been underway since 2000. 8

Interventions cannot be limited to large-scale “showcase” projects, as they have been described, which often concern individual areas in some cities, but must also be extended to residential neighbourhoods, especially to those that in previous years have been marked by the impoverishment of the population and degradation due to the long-standing deficit and austerity policies during the economic recession years.

On the contrary, it is necessary for Greece to move forward with experiments and innovations for an integrated urban development as well as urban policies that would focus on solving contemporary housing challenges 9 (which are inextricably linked to the development of urban space).

Moreover, the direct link that exists between urban interventions and investments and the availability of affordable housing should be highlighted. There is a need for urban policies and urban planning to take precautionary measures with regard to the negative impact that they may have on the issue of access to housing and on the estimated property price (upward) changes.

All of the above cannot go forward unless there is a mechanism in place that would be encharged with the documentation (data collection) and monitoring (formulation of indicators and tools) in order to update and inform all planning (evidence-based), and with the continuous evaluation of the economic, environmental and social impacts of urban policies. The creation of an observatory is also stipulated in the 2014 Regulatory Plan for Athens (No. 37), but has not been implemented to date. Similar methodologies have been developed in the context of scientific works and are a key direction of international and European organisations.

Finally, it is crucial to recognise, on a practical level, the importance of participation as a right that citizens have in democratic governance, but also to view it as a prerequisite for a just city.

In Greece, public consultation is limited to legal obligations, i.e. discussions in regional and municipal councils and the publication of the respective environmental impact study when an urban planning project/ intervention has been completed and approved. Instead, what is required is the establishment of procedures and spaces for continuous, open consultation and participation at all stages of planning, incorporating demands and different perspectives on the city.